The price of migration

“I thought that my life was about to change if I was leaving Afghanistan. Eventually it changed, but that change had nothing to do with how I was imagining it would be” says Ekramudin Khurami, expressing his pain and sadness over what happened to him. “Nothing would be happier for me than having my fingers back on my hand again,” he says in pain, concluding the interview.

Ekramudin Khurami is one of many young Afghans who left everything behind to go to Turkey, aiming to live more safely and improving their financial situation by taking advantage of all the job opportunities that would be presented infront of them. He was born in Khuram district of Samagan province but he was living in Mazar e Sharif in Balkh province before leaving Afghanistan. He was a child of a poor family and he could not support himself financially even with the jobs he was finding So he decided to leave his hometown in order to get to Europe and find a good job there, away from the dangers that exists in his homeland. 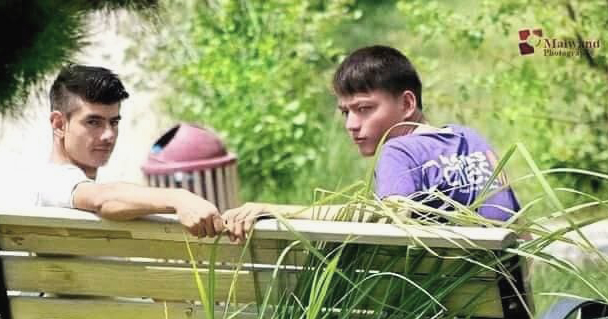 “When I left Mazar e Sharif in Afghanistan, I was 17 years old, to 18. I am now 20. I have been in Turkey for two years” he says and continues: “I arrived in Turkey, from the Iranian border. I had to pass illegally. I wasn’t alone. I was with a friend of mine. I arrived in Iran after 15 days and nights of walking along the mountains and hills. I stayed in Iran for about 20 days. Then I started to walk again on my way to Turkey. I spent 2 days to reach Turkey”.

Ekramudin is neither the first nor the last youngster to be deceived by traffickers. The question is how traffickers manage to deceive young people and promise them things that do not apply in a country where there are many governmental and non-governmental organizations working against traffickers and smuggling.

“It was afternoon when our neighbor came to my house and told me that everything was ready and that we would leave the next day, as we did,” he recalls.

In Afghanistan, the biggest concern for young people is security. The lack of security is what drives the brightest minds to leave the country. Afghanistan is the poorest country in Asia and one of the poorest in the world. The illiteracy rate is estimated at 75% and unemployment at 80% at the age of 18. The infant mortality rate is estimated at 25% of births. That is the current situation of a population simply struggling to survive in an environment of ongoing violence, with daily bombings and terrorist attacks being carried out by two different terrorist groups fighting through terror to control the Afghan people.

Ekramudin is one of the young people who lived through all of this and is now trying to save himself. “During the first days we arrived in Turkey, I was unemployed. After a month I found a job in a textile company and I was working there for about a month. The money I was getting were spent on the smugglers pay and on the room I was staying plus food. Once I adjusted, another Afghan suggested me that I could work on some construction projects. The job was very difficult. I had to carry cement sacks on three floors and that caused problems in my back and on my knees. I was in pain and unable to perform well. Eventually boss fired me”. 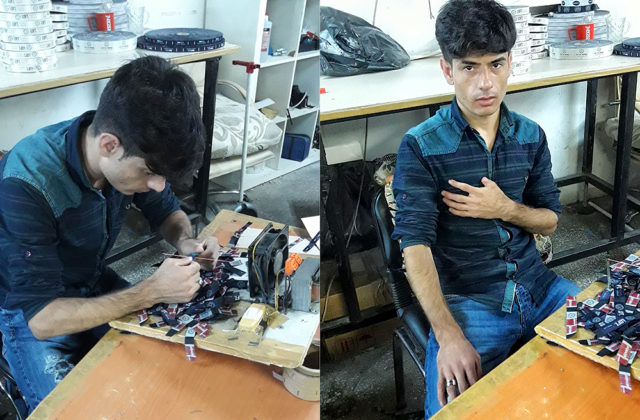 The life of a refugee, includes many painful adventures and images. But this is migration and what everyone experiences when they decide to leave their homeland in pursuit of a better future. The life of a refugee, is radically changing. This change can even put a person out of work. Disability, anxiety for his family and victimization are situations that destroy refugees. “A neighbor of mine, who was young, has been living in Turkey for some time. He came to work and eventually made it to be the head of workers in a factory that was making carton and biscuit boxes. He called me one day in his room and suggested that I could work there too. That’s how my misery began” says Ekramudin, and continues: “After a while that I was working in that factory, a machine took my fingers and cut them off. I lost all the fingers of my left hand. My friend who was head of the factory, returned to Afghanistan. And I was fired because the owner had to spend money to heal my hand. Until that time, she had done everything he could to help me, but he didn’t want me to continue working there. So I left”.

Migration has both.  Beautiful moments and difficult also. But according to Ekramudin it does not reach the beauty of the country of origin of the refugee. “When I was in my country, I was happy but there was insecurity and a very bad economy. I remember we could go on trips with my friends. Take photos in new places. We were sharing our clothes and our bread. We were sharing our joys. Our lives were beautiful, but insecurity bothered us every day” he says. 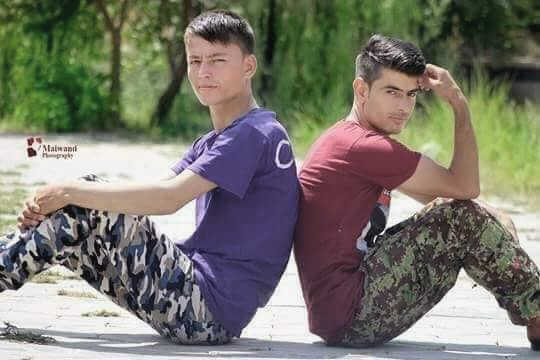 Many times poor economics and insecurity about the future push people to migrate. It forces them to make decisions that are not right. Ekramudin looks at his hand and says, “I will never go back to my country. Everything stopped for me, the day that I had lost my fingers. I lost them in a moment. Now I am in Turkey’s border with Greece and I work there. I want to raise the money needed to pay the smuggler and cross the borders. I hope that I can do it as soon as possible. I need a thousand dollars to pay the smuggler and I am trying to collect them”.

From January 1, 2019 to October 14 of the same year, 86,002 refugees had arrived in Europe, of which 50,720 had fled from Turkey to Greece. More so than those who had traveled to Italy, Spain, Cyprus and Malta together. Of those arrivals, 21.8% were Afghans who, they are living in a country where the economy and security were at a tragic level, were forced to flee in search of a better future. Currently, the number of dead and missing refugees reaches 1071. To Greece, from the sea, 39,775 have crossed and 10,945 from land borders. In Greece, the percentage of Afghans that have arrived so far this year is 38.2% while the second nationality is that of Syrians, with 25.3%. Of the total, 36.1% are children and 23.5% are women. Especially in the island camps, families are the dominant element, while thousands are unaccompanied minor refugees.

Ekramudin khurami have already payed the price of migration by losing his fingers.  Thousands of people are following the same tracks every day all over the world.  And they don’t know what the price of migration is.  The only thing that they know is that they have to escape from the danger and the misery of their countries searching for the paradise in Europe.  Unfortunately that paradise exists only in the pictures on Social Media and not in real life.

The Other Languages” and Elisabeth H. Grigoriadou
The children of Moria