victims, events and traditions take to the streets, self-mutilating and daring, revolting and revolting in a puddle of colors and more… The streets of Skyros are flooded with groups of disguised people of all ages, who are fascinated by mystery and mystery.

The dominant figure was Elder and with him Korelas and Francos. With the beginning of the Triodion, the streets of the Village are filled with the bells and the spectacle is spectacular with the last three days.

There are three types of disguised. The top of the company is called “The Old Man” is dressed in his winter shepherd costume wearing a goose-like cape with a goatskin top, a small goatskin mask, and is loaded with 40-60 herd bells in the middle. It proceeds with rhythmic strides waving the waist so that the bells in the waist give sounds awful but rhythmic and alternating. The old man is accompanied by another young Scyrian woman dressed in the same mask, the girl, who has a scarf in his hand, dancing around him. The third person of Scyrian Carnival is Frangos. He wears European pants, a casual mask, he has a big bell on the back of his waist, he holds a shell that blows it all the time and it sounds like a whistle on a ship. 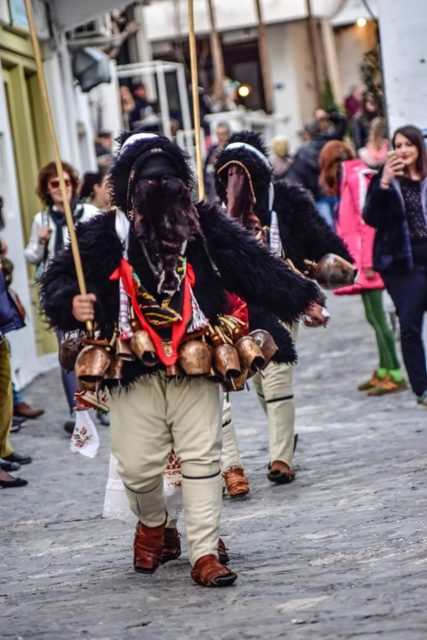 So according to… TRADITION

Once … and for a while, he was a shepherd old man who lost all his sheep and goats in a bad weather. He shook his mind from the great distress. He wore all the bells of his dead animals and went down to the village. His wife is also dressed in rags.

knows if we live.

Tonight they kill me

I went out and cried

take some of my blood

and they become angels … 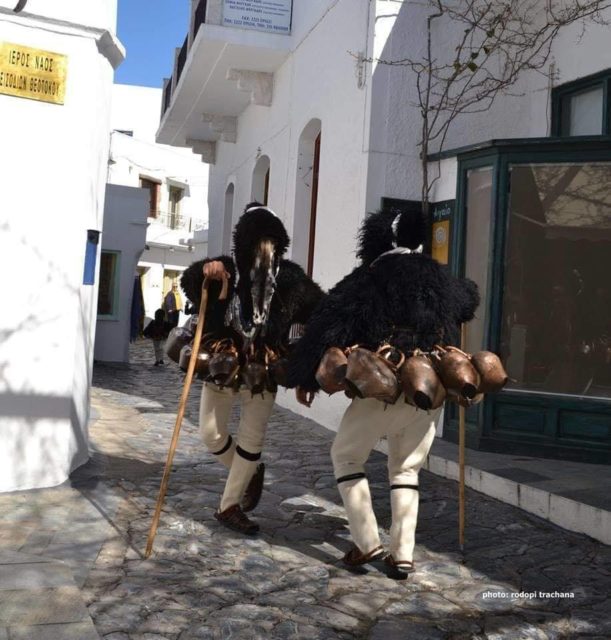 improvised outdoor theater productions and satire lyrics by masquerading amateur poets and actors satirizing what happened on the island last year. The custom is called Trata, and it’s worth living.

On Clean Monday, almost all the villagers dress in traditional costume and go down to the square for the big dance.

From there, the feast begins in shops and on the streets, with traditional flavors and fast-food appetizers and plenty of local wine.

Also worth seeing: The country is built amphitheatrically on the slopes of a hill, on top of which stands the Byzantine castle and the castle of St. George. A stroll through the narrow streets of the settlement will fill you with images of traditional island life and impress you with the architecture of the houses glued together to form a protective wall from both the north and the pirate raids. On the streets and neighborhoods you will see. many churches small and large, picturesque chapels perched on steep corners. 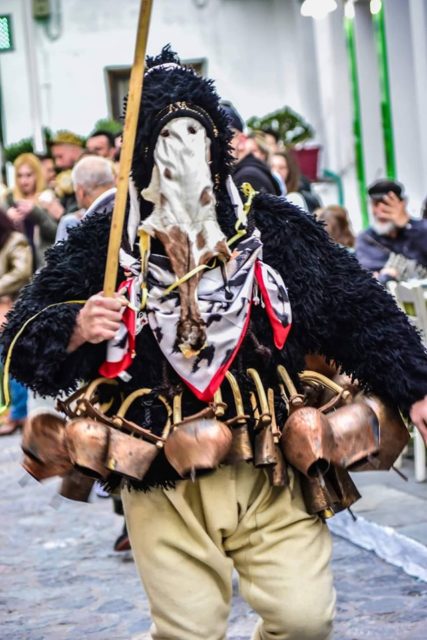 Become a Friend on Facebook with Skyros: απόκριες στη σκύρο

The Ghost Mountains
When lack of means, leads to innovation