It was in autumn 2016 when I met Asef. Asef Faizi is his complete name. He was sleeping rough with his brother’s family, opposite Thessaloniki’s railway station. In a park, along with dozens of other refugees from Afghanistan. All day, they had stretched their sleeping bags and blankets on the tiles of the park, and in the evening when the light was falling, they were setting up their tents to sleep.

Asef and his family originate from the city of Herat, in Afghanistan. The most important city in Northwest Afghanistan. At the border with Iran. In Herat, is one of the most important universities in Afghanistan and the “Jama Masjid” Mosque, which is called “the pearl of Herat”.  Is called like that because of its impressive decoration. All this atmosphere of Herat city had affected Asef and that was obvious. We went along with him in the city of Thessaloniki. We visited the castles, Rotonda, the White Tower and I promised him that we would go to the Archaeological Museum and the Byzantine Museum of the city. Then we lost each other. Asef returned to Malakasa’s refugee camp.  I have never forgot something that he told me. “Take care of the new moments”.

Asef, is writing poetry and for a long time, he is working on a book he wants to publish on the subject of time. He called me on the phone a few days ago. I was very pleased to hear him been happy. Asef was always optimistic, but he could not be happy. He told me about the short film he made, about life in Malakasa camp. A poetic approach, to the life inside the camp called “Salam Asef”. “Hello Asef” in English. 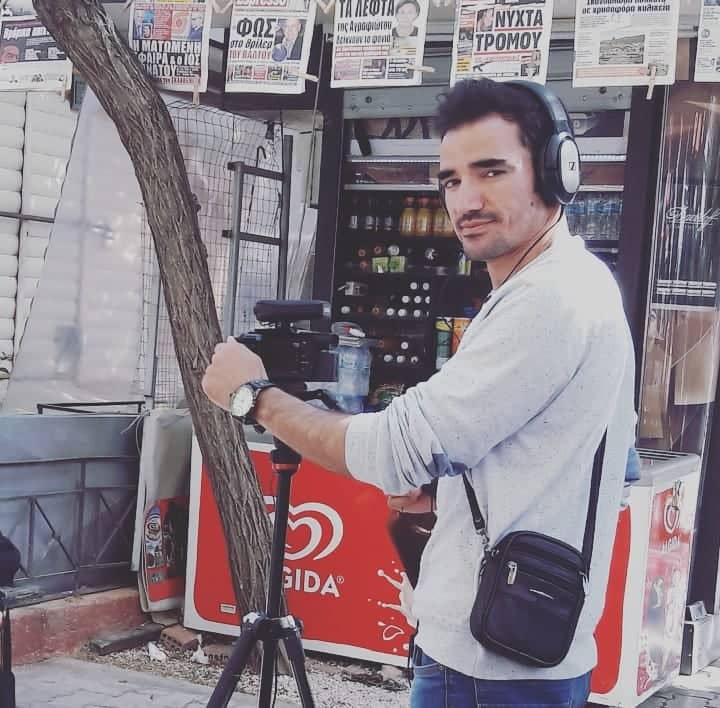 He has been doing seminars for more than ninety hours to learn how to film and edit. “All this effort was very important to me. It was something that he wanted a lot. This movie is a letter from me, towards myself for the future. For the lives of the refugees who suffer. We suffered a lot in Malakasa. Now the situation is still difficult. There are tents around the containers and families living under such conditions. Refugee psychology is constantly changing due to the conditions it faces. Worse, it is that he cannot have hope. We cannot see any future. It’s very difficult for everyone” he says at Humanstories.gr. Asef loves the sunsets. Not because they indicate the end. He loves the sunsets because they prepare you for the relaxation and the thinking of the night. “I know your love for the sunset that always gives you an opportunity to focus on the light,” he says in his letter to himself. “I want to see you where red only means love” wishes. “Salam Asef”. Let us hope that all refugees will arrive somewhere in that place.

With «TRELA» from Paris to Tinos
When light is withdrawn ...