Cinema: a magical world. We believe that it is a world which could be copied by every one of us. Although, in real life, happens the opposite; Cinema copies life. Let’s travel back to the past of times to a specific period of 1942 to 1945. Yes, you got it! This is it; the period of Nazi occupation. At that time, in Kefalonia our heroes felt in love; that is about a Greek girl and  an Italian soldier. You see the flow of life continues during wars, too. And love doesn’t ever has to do with the nation or the language, or… The Italian soldier had fascinated the beautiful Greek girl with his charm and his talent of playing the mandolin. This is not Captain’s Corelli story. Instead it is Nicoletta’s Barbata, the OnequarterGreek story.

Nicoletta was born and grew in Milano of Italy. She is an artist-photographer. She had lived in Milano, Rome, London. “I am a quarter Greek, because my grandmother (the mother of my father) came from Kefalonia island of Greece, and my grandfather was a soldier there during the World War II. We don’t know many details because my grandmother died when my father was nine years old, and my grandfather died when I was seven years old”, she said. Nicolletta added: “I know that my grandfather had lived in Kefalonia for many years and he had learned the Greek language. My grandmother’s  family had hidden him when the German Nazi were killing Italian soldiers at the end of the war”. 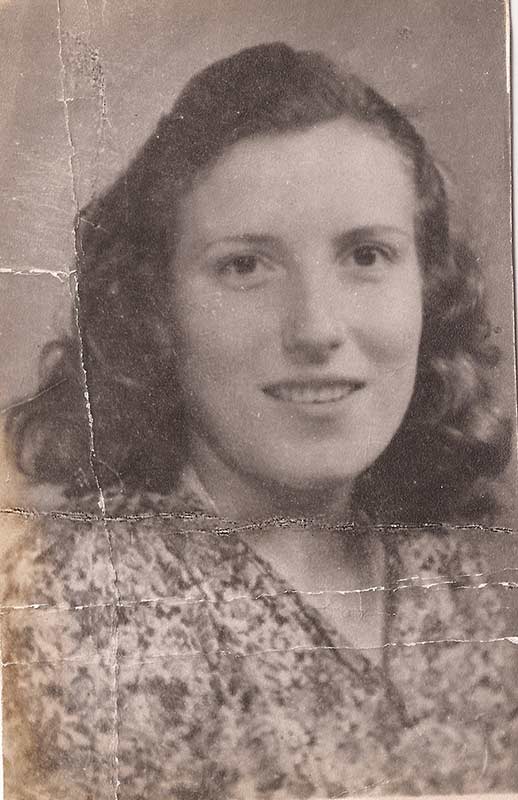 In an old picture the grandmother from Kefalonia…

The couple left to Italy where Nicoletta’s father was born. And what is the weirdest element of the story? That she has a Greek surname. “My grandfather was already married and divorced when he arrived at Kefalonia, but at that times the divorces were illegal, so my grandfather had kept my grandmother’s surname which was Barbate and made that Italian Barbata”.

Nicollete was always jealous of her sister’s name. Her sister had named Chrysoula which had been the name of her grandmother’s name from Kefalonia. The mystery of her grandmother’s profile brought Nicolletta back to Greece but not at Kefalonia because Nicollette has no relatives there anymore, but to the queen of the Kyklades Islands: at Santorini.

“I’ve been always felt Greece like home. I don’t know how to explain that. It’s a feeling inside my soul. A feeling of nostalgia. That’s how Santorini has appeared”. Nicollette visited Santorini for the first time in 2005 and felt thinking: “this land suits me fine”. “Do you know something? I don’t know how to swim!!! People say that the volcano has a very strange energy, but I believe that the most people when they finish their holiday and go back to their homes, think about moving back here in Santorini”. My friends were thinking that I’m joking when I had told them back in 2005 that I’m going to move here. And “what are you going to do there? Life is not holiday!”, they said to me”. 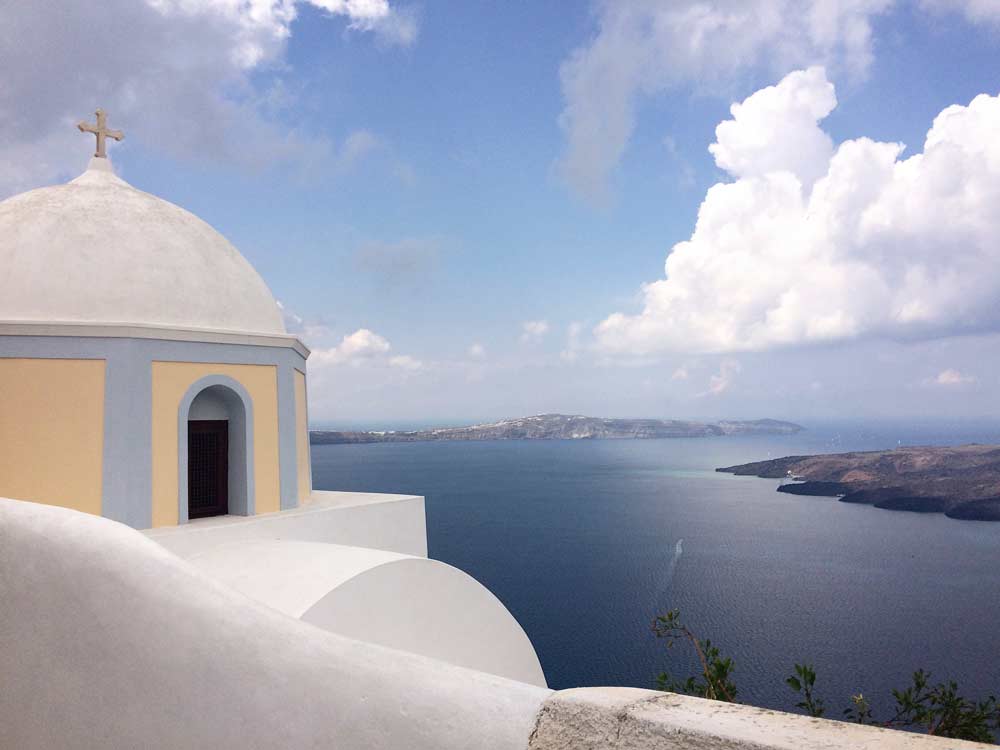 Having a view like this, it is logical to move on the beautiful island of Santorini, this year.

Although, “tramp” Nicollette (as she characterizes herself) made the big step. On the 5th of March, 2017 she moved at Santorini, in a small village. It has not been easy. “The life in the island is something different. It has been a big transition when you were living in London and then you came to live in a village. Bye Bye Piccadilly Line. Welcome to the bus which doesn’t arrive at the programmed time. You are not totally independent. There is always the need of asking somebody something. There is another big problem: to find a house. But I’m in love with this life!”.

Nicolette will live at this year in the island for the first time. Many people leave on November and there are no many people. All the stores are closed. There are strong winds. But I’m awaiting to live here in the winter. I will have plenty of time for me (reading books, taking pictures, making ceramic, cooking, …doing yoga). The best season!”.

The HumanStories will be on Nicollete’s side. We will follow her footprints and we will live through the net the winter in Santorini; on this unique island. Nicollete has created in cooperation with designer Antonio Scricco this special site… http://www.onequartergreek.com… 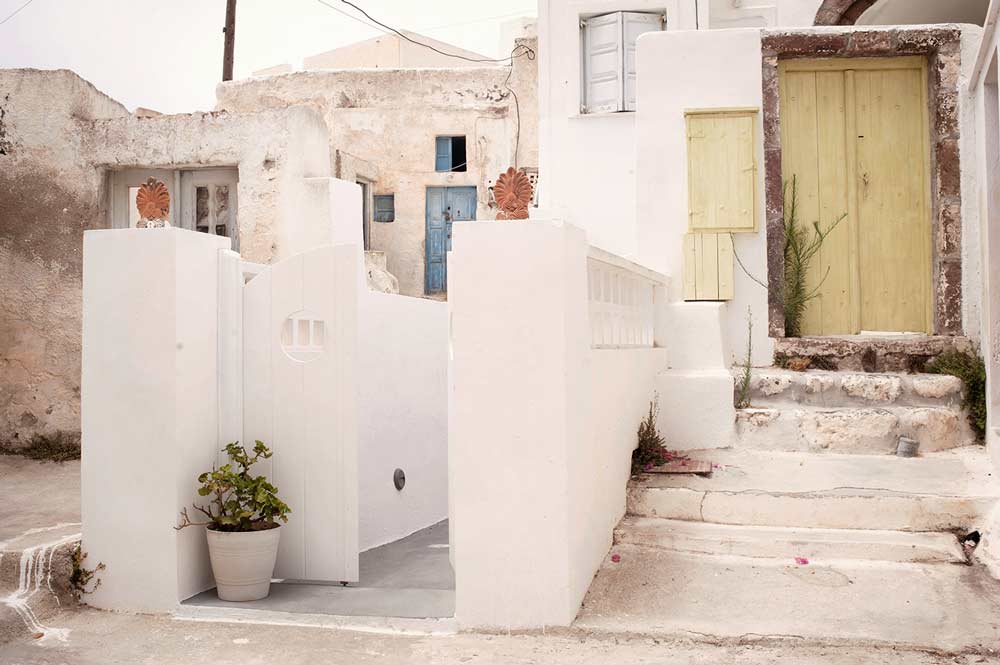 The beauties of Santorini are hidden in unique humanstories, on less known villages or in the winter, when the island is “another world”.

This is not a tourist guide. Instead, the site gives to the users the real life of Santorini throw short human stories, and small secrets of the island by the natives’ narrations. “Santorini is a popular island and very touristic. Many people don’t like it because it has too many visitors. The point of this site is to give the other side of the island, the native stories, the cultural topics where the natives go or eat or swim. Santorini is not only Oia and the sunset. I would like to show my Santorini, through the eyes of my soul.”. In this winter “OneQuarterGreek” will be our personal travel guide which will transfer us on the paths she loves…” .

Where that could guide us in Santorini? “We would go in the south place of the island. A walk in Megalochori and the red beach. I will guide you to my beloved beach, Vlichada, and  from Thira to Oia (Attention! It is 11 kilometres drive) on foot, and then drinking wine, eating. I don’t like the spoilers! Follow me at the OneQuarterGreek!”

Nicollette makes her dream come true. After 10 years of anticipation or reorganization, she makes a new beginning in Santorini. As Paulo Coehlio says “Man advances himself as he follows his path. If he waits for being advanced without taking a decision before, he will never go ahead.”.”