The «Greek Sun» Rises in Japan

It is because of the sun that Greece has the gift of food. The sun shines on Greece, the land of light. It is a source of energy and inspiration and energy. Aris Karambas cannot imagine a world without the sun. This is why he gave his company the name HeliosGreekProducts and chose to live with his wife in the land of the rising sun, Japan. The purpose of the company is to promote Greek products and Greek culture, which are different from before. Aris’ dream is to see Greek products, fragrance and tastes decorate Japanese cities, both large and small.

Aris was born in Halkida and comes from Evoia. His hometown is on the outskirts of Vathi Avlidas. His wife, Makiko Ishida, is from Fukooka, Japan. He met Makiko at a School of English in Toronto in 2008, a little before the crisis, because he felt his future in Greece was uncertain…

He lived there for six and a half years without the help of family and friends. He says,” I was in Toronto, Canada alone and I had to make my decisions alone in order to fulfil my obligations from 2008 to 2015. Toronto always had jobs because the authorities were always prepared .

Life in Canada. “Life in Toronto was very different from what I had been used to. From a professional point of view Toronto offered all I had dreamed of but life is not only work for me. I need a balance between my professional and personal life and there was no such thing for me in Toronto. This is one of the reasons we decided to move … 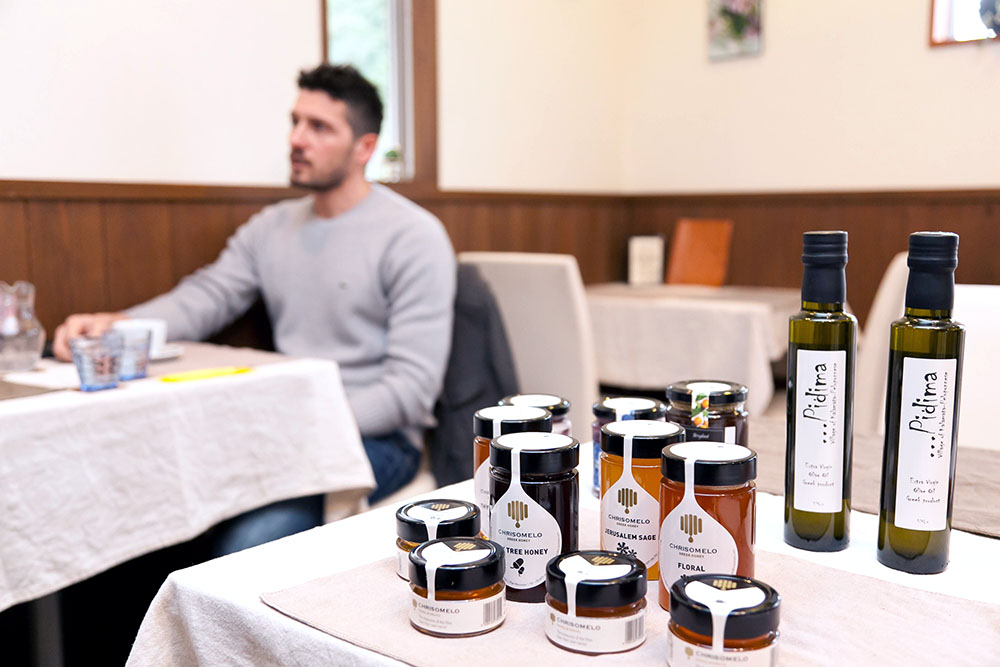 Aris Karambas advertises Greek products well I the «Land of the Rising Sun».

In the beginning I thought about moving to Greece but logic won over emotion… We moved to Japan, land of the rising sun…

When they arrived in Japan, Aris wanted to do something on his own. “I always had the idea doing something on my own at the back of my mind. I simply waited for the click or the opportunity . In the beginning I thought about exporting spare parts of cars but was discouraged by the little knowledge I had of such a field.”

Gradually, however, Aris noticed that the Japanese pay great attention to both their diet and physical shape. ‘’I then thought about importing Greek products. After great research and a discussion with my wife we decided it was worth a try. That is how we created HeliosGreekProducts. ‘’

His company is located in the county of Mie. We sell products such as oil and superfoods. The company has been in operation for seven months and already there is a large demand for our products. This makes Aris feel optimistic about the future… ‘’The good thing for us is that we have the ‘’luxury’’ of being at the junction of Osaka, Na Goyia and Tokyo, which are the three of the four biggest cities in Japan,’’ says Aris and continues, “We pay a lot of attention to quality, which we believe exists on Greek land. We are happy because whoever tried our products recognizes the quality. Although Greek products are high quality, they are not well advertised.

Some of the exceptional Greek products «HeliosGreekProducts»…

How is contact with producers made? “Contact with Greek producers is made between friends and acquaintances. We are interested in having more than just a professional relationship. We speak to the producers and we show the company plan and if both sides agree then we collaborate.”

The Greek products of HeliosGreekProducts are available in plenty of shops in Japan.Company goal is to promote Greek products both in Greece and abroad. “We are happy there are Greek producers who help us in our efforts. There are now stores in Na Goyia that have our products on the shelves and we hope that other cities in Japan will follow suit.”

Life in Japan and Respect towards Greek History…”The people of Japan are organized and calm. They both know and respect Greek history. They know about the Greek islands, especially Santorini, which is visited by the Japanese every year. They watch the mass media and hence they know about the crisis in Greece…”

The World Crisis. ‘’The crisis is not only Greek. I do not know why Greece is presented as the black sheep, since problems exist everywhere in Europe. Two of my best friends are French. There is unemployment in France as well as in Spain and Italy. The crisis is not only economic but it is social as well. Mistakes were made but there is a lot of passing responsibility to others… Brave decisions should be made by all…’’ 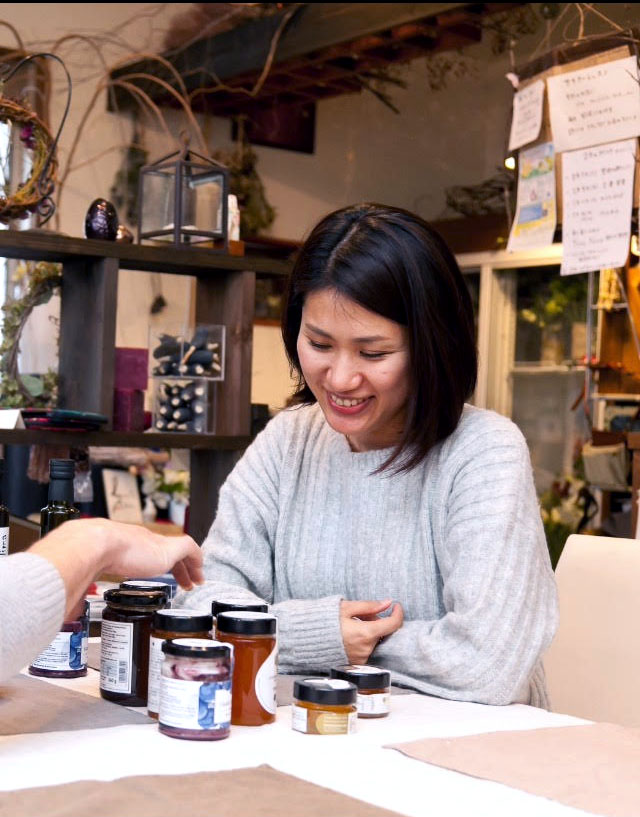 What is life like for a Greek living in Japan? “Life in Japan is different with regard to pace… both in Greece and in Canada. The greatest difficulty is the language. Japanese is a difficult language but gradually after a year and a half I overcame the problem. The language helps me understand aspects of Japanese culture. My wife helps me a lot. She is my “Japanese teacher’’. Together we try to see only the bright side and we also try to have a great time and enjoy everything. Japan is a beautiful country with natural beauty and I like living here. It is not easy to change the dietary habits of a country, especially of Japan. What we want to do is add some of our products, such as oil or honey, to their habits. The Japanese like to try new things and to experiment, which makes things easier for us. They recognize quality and look for it.

Aris organizes events on Greek cuisine to teach the Japanese the secrets of Mediterranean diet.

For Aris Greece is his family, his house his country. Greece occupies a special place in his heart since it the place where he grew up and learned important life lessons. “I believe we should stop talking about what on individual did as well as another. We should support one another, as well as Greek products and companies. We should create again and join hands together, both within and outside of Greece. Each and every one of us should make contributions,no matter how small. We need to look ahead and make progress. Unfortunately, conditions are not favourable, but blaming one another does not help. The best we can do is stay stagnant. We have brains and creativity to improve our lives.’’

To Aris Ithaki is Greece, but his home is Japan. “Life outside Greece is different. Sometimes life is hard but at other times it is easy. My second home is in Japan, since my wife is here as is her family. Ithaki, however, is Greece. I will always go back there to relax, even if just for a vacation..

Greek women who revolutionized the American baby food industry
«I have never felt like refugee, but i have faced a lot of racism»