“Every business is like a child: first it crawls, then it  walks and finally it runs. However, everything grows if done with love, vision and high spirits.” That is the motto of philologist and owner of Modern School in Athens IoannisKampouri. He is also executive adviser for the firm E-LA-WON.

He and his wife , Olga Bountala, and their close friends Vasilis Mayoula and Maria Nika,decided to start a company and sell their own olive oil named E-LA-WON,which comes from the word “Elaion” in Linear B.

However, theirs is not like any company, since E-LA-WON sells olive oil in three categories:Traditional, Premium and Luxury, which is the most expensive olive oil in the world. It sells for 610 euros in Saudi Arabia and the United Arab Emirates. The Greek Exceptionally Virgin olive oil is rich in a substance that protects the cardiovascular system. It has other beneficial effects, including its antiaging qualities.

However, the Humanstory of IoannisKampouri is interesting…He was born in the village Ayridia in Imvros (Read about how active he is in his country) He went to school in Constantinople and his family emigrated to Athens when he was eighteen.

However, in his mind and soul the smell of his ancestors’ fresh olive oil had pride of place. He studied literature and created branches of private schools. On the other hand, he had always shown an interest in nature and in Greek land. He then bought a small plot of land between Kiato and Xeilokastro and planted the first olive trees of the variety Koronaki, which were bought from the area of Mikinon.He started to produce his own oil, of which he presented as a gift to his friends and family about two years ago.

At that time, however, he developed the idea of selling oil, even during an economic crisis. He says, “We look back to move forward.” His company E-LA-WON recently won first prize in the Innovation in the 1st Gourmet Exhibition in Salonika. He explains, “I am a fanatic citizen of Imvrios.I left Imvrios at the age of eighteen…” His actions reflect his enthusiasm. During the 1st Gourmet Live Exhibition he gave his products to the Imvrios Union of Macedonia so that the money can be spent on schools in Imvrios. These schools have not been in operation long. The grammar school has been in operation for three years and the junior and senior high schools have only just opened this year.

He adds, ”We  have been working on olive oil professionally for two years and we have accomplished a lot. On June 2 and 3 we were given a prize at the World Convention of Olive Oil and at the International Scientific Center which studies the substances of olive oil, since our products contain substances that protect health. Both the acidity and the colour of the olive oil are good, but the other form of olive oil have these qualities as well.The  time has come for the olive oil to pass to another category with its health enhancing qualities. Greece has olive oil with such qualities. We cannot compete with the Spaniards in terms of quantity and the Italians in terms of marketing, but Greek oil has high amounts of kanthali andelaiosiniwhich contribute to the protection of blood lipids against oxidizing stress,” claims IoannisKampouris.

The Most Expensive Olive Oil in the World, Costing 610 Euros in the United Arab Emirates

With regard to how E-LA-WON  got into the United Arab Emirates, he explains:”Last June all company partners decided to make a product that would stand out in the market. Hence, we created olive oil with edible gold, which is preferred by foreigners either in champagne or in sweets. Then we made a trade agreement with  the United Arab Emirates,whereby we provide oil to the royal families in Dubai, Abu-Dhaby, and Bahrain. It required bravery but we wanted to stand out. We presented olive oil in three big events in Dubai where our representatives sell oil at 610 euros. It is the beginning of our efforts. The  box is made very expensive and it is made of a paper banner with cuttings coming from machines and the rest of the box is made by hand. The olive oil contains valuable substances and edible gold and it received a prize for its high levels of polypheoles. It offers quality and luxury.” “That is why we sent olive oil to five billionaires, according to FORBES: Bill Gates Zoukerberg of Facebook, Jeff Bezos from Amazon, Lilian Betankour of Loreal and Sunny Varkey.” 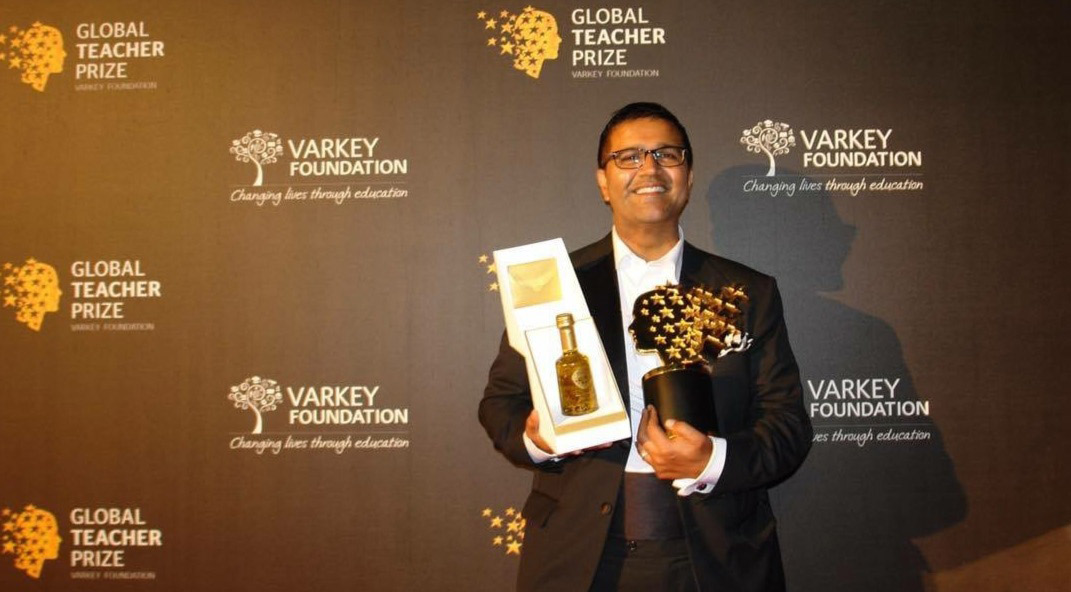 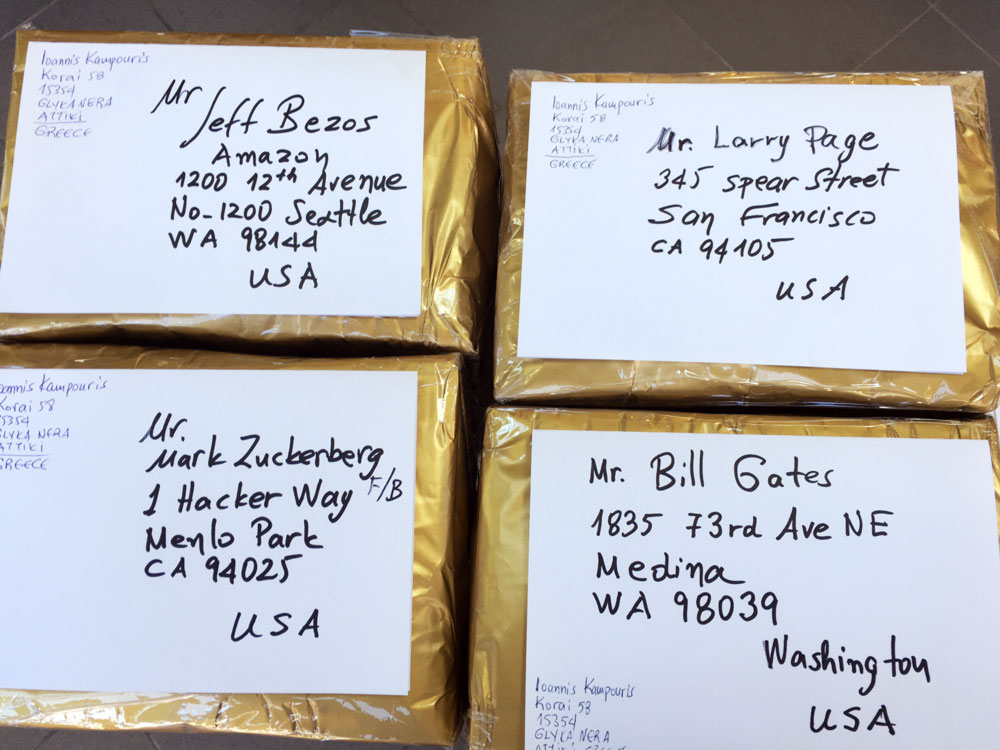 Finally, Ioannis Kampouris sends his message: “A crisis always produces opportunities.If you like what you do and you have a vision, then you will succeed.I want to promote our olive oil overseas as well as the idea that Greek olive oil is worthwhile…Greece makes innovative products and advertises quality, innovation,culture all over the world…”.