Tristomo is a tiny natural port. It is one of those areas which pirates used to choose for hiding places. Placed at the north side of Karpathos, Tristomo is the natural port of Vroukounta. As the traveler passes through this well hidden place, with the two huge stones and the three big passages, standing out there, he earns the opportunity to arrive into a small paradise. Tristomo is the place where time has been stopped somehow at the past. The atmosphere of the  past, is everywhere. It looks like somebody abandoned suddenly this place, but one day will be back, and this well hidden tiny port waits for this return.
Mr Manolis Fountis has return to Tristomo after thirty years of  absence, and feels that this unique place is his homeland. Manolis’ occupation is to make structures by stones and woods (houses, stables, wood ovens e.t.c.). He had lived in Tristomo until the age of three years old. He doesn’t have any memories about that period of his life. His parents’ occupations had been related to farming, agriculture, fishing. The habitants of Tristomo in the 70’s (1972 – 1975) were not more than fifteen people. “I have not have any memories since then, when I was living at Tristomo. I have been informed by my parents that we were seven members of the family living all together in the same house at Tristomo; our grandmother Magoufala and three more children, my three elder brothers.” Manolis Fountis said.

The old building has transformed into a modern form, at the same time traditional and comfortable, and is made by natural materials.

Manolis’ cottage at Tristomo was built in late 1800. It was the estate of his grandfather’s father named Ioannis Orfanos who had decided to stay permanently at this land after a big adventure in his personal life. “A big desire to turn back to Tristomo had switched on. I was wondering in which ways I could help this amazing estate which had been left to his fate. Then I realized that I should be there more often so that I could do things that would help my land.” Manolis Fountis said. These had been his seminal thoughts, the ideas which guided him to create the “Sunbeam” one day.
“2005 was the year when my thoughts started to be applied with the support of a friend of mine and architect who transferred the pattern of the old building into architectural schedules and after that he put it through all the procedures of state services (The Councils of Planning Settlements and Environment (ΣΧΟΠ), and the Archeological Services of the Greek state, the National Organization of Tourism, and others) for the approval of my file of renovation.”
In 2008 Manolis sent his file about the renovation and transformation of the traditional building to a touristic residence with agricultural activities involved, to the Organization of Integrated Programmes of the Agricultural Development, at the competent Ministry (Ministry of Agricultural Development and Food), and it was approved in 2010. In 2011 the operations of renovation began, and at the end of 2014 the renovation of the “Sunbeam”, the green touristic residence with the biological systems for garbage, consumption of fresh water, or solar energy was completed. Those developments have been necessary for the whole function of this specific touristic residence because at Tristomo there are no infrastructures for consumption of water or electric energy.

When the quality of life has an important meaning…

“The difficulties had been many until the time I would have completed the whole project. But I am not going to talk about them because I believe that a man who is inspired by a dream, is full of energy to work for it, there is nothing impossible for him. There is no doubt that such a big effort is painful and very wearing.” Manolis said.
The Sunbeam is consisted of three main departments, the “karpathiko”, the kitchen, and the bathroom, also some other smaller spaces which contribute the functions of the house such as those for wood oven, the “pateteri” (a place where grapes become wine), the “metato” (small creamery). After all, this residence has a purpose to offer to each visitor, and this could be the opportunity of living, an awesome time travel to those who love alternative tourism. The visitor, parallel, has the ability of using new technologies by green developments. This consists a green model of touristic residence, a standard with use of ecological consciousness for the development and the environmental protection for the whole area.
“The house is totally independent and efficient, and it could accommodate from one to eight visitors. Calming, relaxing, and a return to the roots, are some of the things someone would feel at Tristomo and the Sunbeam.” 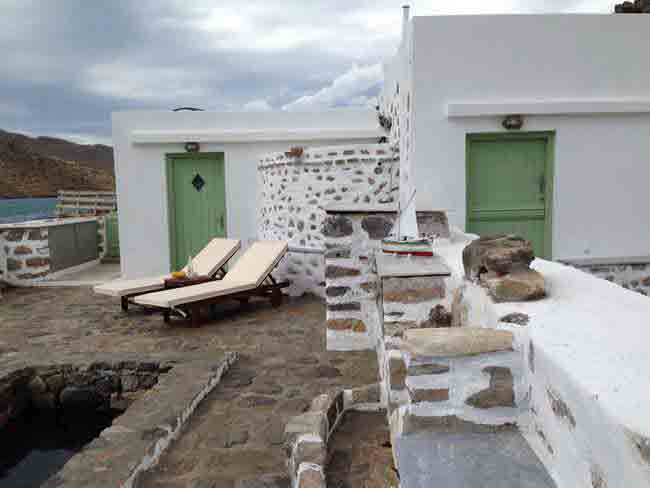 Totally independent and efficient residence which is builded up with a traditional and totally original way on every point.

Despite the facts, love gives strength in life. Manolis is not a loner in his efforts at Tristomo. He has a fellow who is Vicky the “sunbeam” of his life. She illuminates his everyday life and guides him to the right paths for the future.

Vicky’s love has penetrated as a sunbeam in Manolis’ life and has illuminate his soul. “This love is my strength that helps me to be alive and do things. Without her I don’t know if I could live. Vicky and I, we have made a start up of this difficult effort which looks like a Sunbeam trying to penetrate the grey skies and illuminate the truth around us. Tristomo has been always a place full of energy and light that people can’t understand at present…”

Manolis and Vicky have never stopped to smile or hope, and the final account has rewarded them

Manolis seems quite disappointed about his co-citizens in Greece maybe because we as Greeks have certainties about things. We can’t realize that the nature, the sea, the light are our heritage. Greeks don’t resemble to other people coming from distant countries, not sunny countries, who approach “Iliahtida” Project (the Sunbeam Project) with respect in a manner of learning from it.
The program of the Agriculture Development (Π.Α.Α.) 2007 – 2013 the organization of the National Agriculture Network (Ε.Α.Δ.) honored the Sunbeam as a model of “youth business”. “The award of the Sunbeam was a positive occasion, an opportunity for Tristomo to become famous and maybe some people of them could help this land. On the other hand, this that we are doing together right now is a rewarding, and I hope useful in the future, about our effort with the Iliahtida Project.
The residence is functional and totally equipped. Decorated and furnished in an awesome traditional style coming from the traditions of the island. The particularity of this traditional house is that the rooms, even the bathroom, are not connected in some way. The entrances into the rooms has been placed in the courtyard. The meals are made by the owner are depending on your tastes. The dishes are cooked and then are delivered in your residence but you could cook into your house with fresh products delivered to you by Manolis.

Manolis doesn’t live permanently at Tristomo. But he hopes that one day he will make it real. He believes in all that he could offer to this small paradise. He doesn’t talk a lot about himself. He believes in actions about things and not in speeches easily coming out of the mouth. The reason is that in Tristomo he sees his Ithaca and has purpose of his life to upgrade the land… 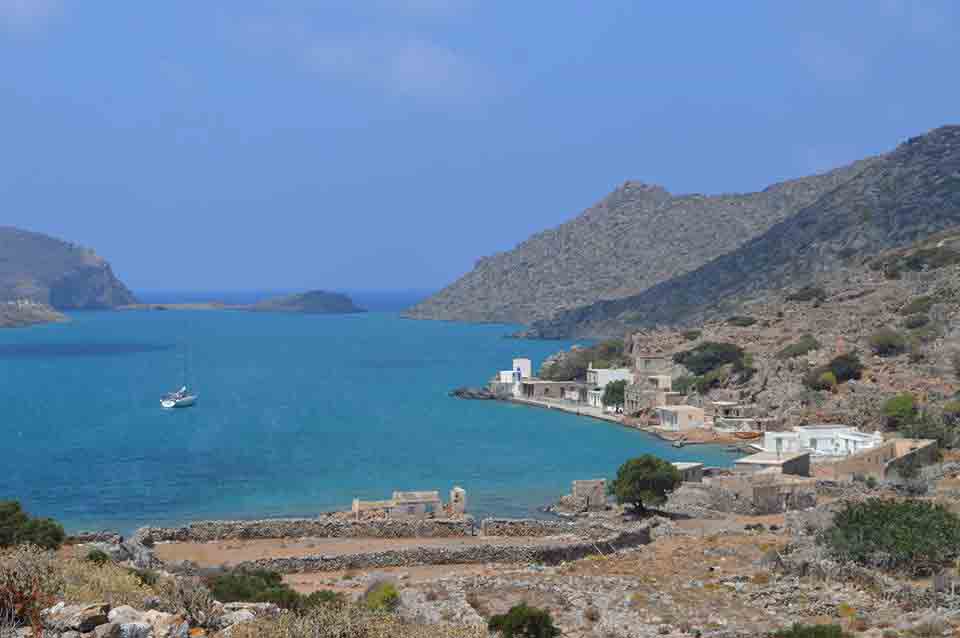 Breathtaking view and awesome sea available to visitors and residents…