It’s all Greek to Me… Original Qualitative Cuisine in central London!

Argiris Rapsomanikis comes from the beautiful island of Corfu but he lives in London since 1993. For me and two other friends there was a social need for qualitative food which had became the guide to create the “It’s all Greek to Me”. This is a nice restaurant with a style like old kitchen, a modern form of a tavern of the past. There are good and pure foods like “souvlaki” and homemade food by mother’s hands, dishes dressed with the nostalgia of our grandmothers cooking.

“The idea was born in London where you find Greek restaurants which haven’t been advanced through time since the 70’s or 80’s.” Argiris said to the humanstories. “The owners are Cypriots (Cypriot dishes which have big differences from the Greek dishes), and other nationalities like Arabs who are the majority, or a totally new kind of restaurants serving “avant-garde” dishes which cost large amounts. That’s how we the three friends decided to establish this restaurant. The main reason is that we couldn’t find to eat what we would like to, and because there is an important part of people in London who eat qualitative food.”, he added. 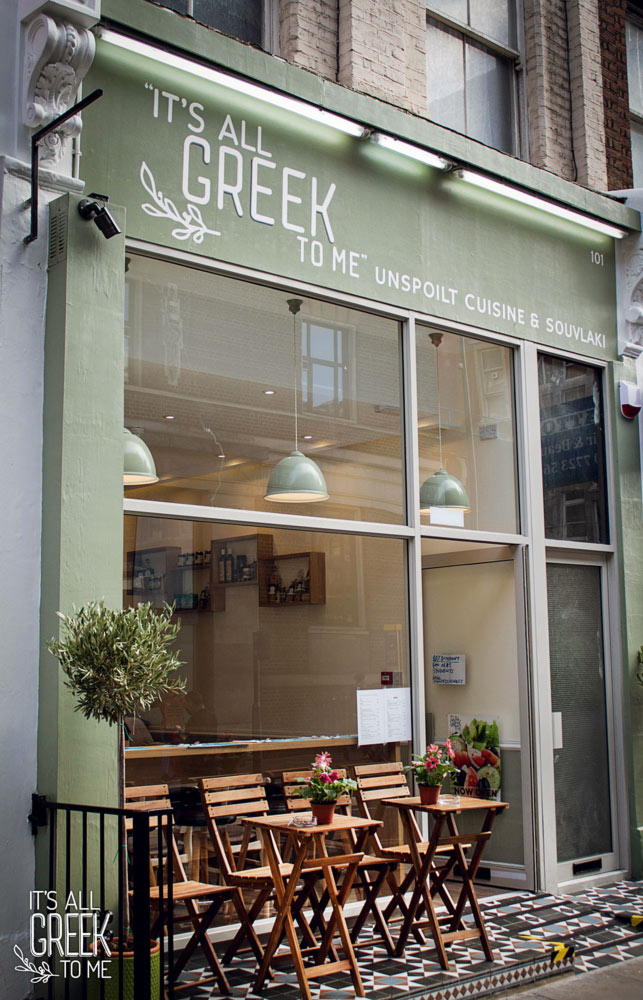 “The quote “It’s all Greek to Me” is an expression, an Anglicism, which is widely used in Britain. It is an expression from the Shakespeare’s play “Julius Caesar” of 1599 and it is like the Greek expression “it sounds Chinese” that we use when we want to say that something is “incomprehensible”. Although, I’ve used this expression to declare that the whole restaurant is Greek.”, and it really works in English!

Into Argiri’s small restaurant of London except of qualitative Greek cuisine, you find a small deli, but also the list of Greek wine… for more information we suggest to visit the http://www.itsallgreektome.london/#cuisine

“Our cuisine is Greek”, Argiris clarified. “And as we say our cuisine is “unspoilt” that has the meaning of original taste without changes to the traditional cooking recipes.”, Argiris said.

The quality is appointed by the included materials

“The products which we use in our cuisine are all Greek. We use extra virgin oil, original greek feta and not white cheese, entirely original greek yogurt, fresh and not frozen potatoes . “Souvlakia” are made by our hands, …everyone of the meat dishes are fresh and many ingredients are organic or without gluten.”

Which are the British favourite tastes

“British who consume junk food are not in our interests. There many who know what the good Greek cuisine means. Do not ever forget millions of British visit Greece every year!”.

”It is great”, they use to say, and satisfied go away.”

And as Argiris declares… “Certainly they become good customers”

“They prefer, especially, mussaka and dishes like roasted lamp – kleftiko as is used to be called. They prefer appetizers like tzatziki and Greek salad, but the one which was a surprise their preference to vegetarian dishes like yemista which are in favorites, spinach-pie, split-peas, and talagani, too.

Greek customers, the most demanding customers, have loved the “it’s all Greek to Me”, because they have found philoxenia and warm approach. They love the good of food but the most important is that there is a good analogy between quality, quantity and price.

“We haven’t done any commercial campaign since the last 40 days that we have been opened as a restaurant. Greeks come to our restaurant because someone else has expressed positive impressions. Their preference is souvlakia  at the most, but dishes of “traditional” cuisine. In the afternoons of Fridays and Saturdays we become a big company all together downstairs, at the basement. We have live Greek music of popular songs of the 70’s, 80’s, 90’s, listening to Parios, Voskopoulos songs, Marinela, Kokota, Moscholiou, and other popular singers who have been beloved, …Greeks or other ethnics. 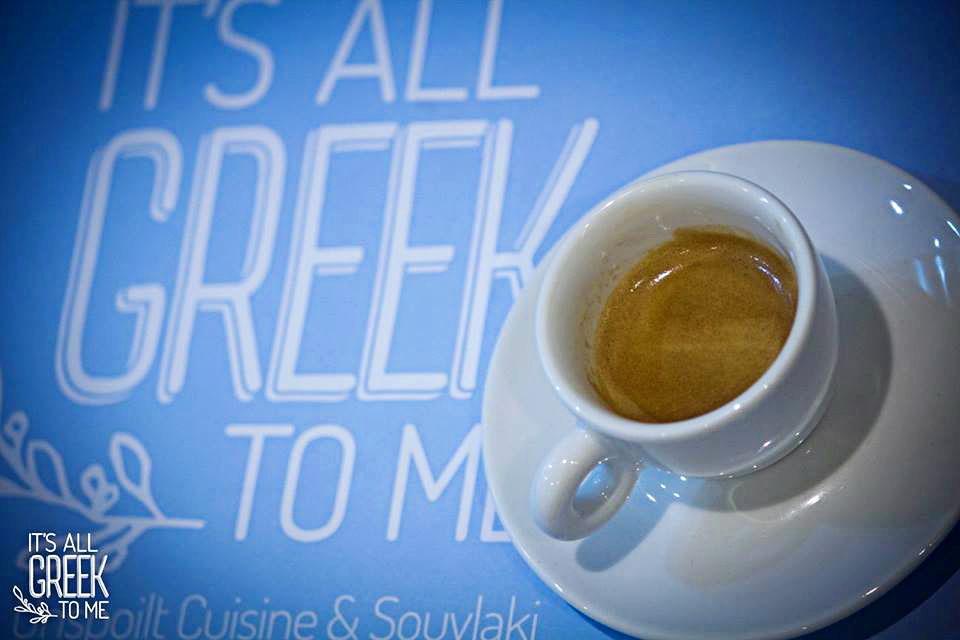