The modern Oliver Twists who live next to us

IT was a few days before Christmas in 2016 when I met Mohib, a minor from Afghanistan in the park across from Thessaloniki’s railway station. A happy child, full of life. When I asked him where he came from, he told me that he had crossed to Greece from Samos and that he was staying there at a hostel for minors. “Do you know Mama-Maria, I asked him?” His eyes gleamed. “Of course I know her. You know her also?”he replied. I had met Maria Macroianni on a trip to Samos, where I had been there searching for refugee stories. “Mama-Maria”, as the refugees call her, along with her husband, Mr Michalis, are doing a great job, cooking daily for the refugees who live in the Vathi camp. All minor refugees see her as their mother. Mohib, recorded immediately and sent a video message to Mama-Maria through Whats app, and told me that is was his mistake the decision to leave SamosIsland. “He was very nice at the hostel there,” he told me and continued, “Here, I sleep outside on the streets, hiding in an abandoned building.”

Mohib, like other hundreds of unaccompanied minor refugees, are sleeping on the streets of Thessaloniki, either because there are no places in hostels and safe zones or because they are waiting for their turn to continue their journey to northern European countries through smugglers.  I saw him for two more days in the same abandoned building and then I lost him. In that same building I was meeting Mohammed from Morocco daily. Also, an unaccompanied minor refugee. He had crossed to Greece through the Evros area and had no papers. He was waiting for his turn to leave with a smuggler, heading for Spain. At the same time, however, he was calling for the skype account given to them by the asylum service, but without any luck.  There was no answer and that was the biggest problem for all the refugees living in the streets of Thessaloniki.  One of the mornings that I met him, he asked me to take him with my motorbike to the asylum service of Thessaloniki because he was disappointed. As soon as he came out of the service fence, he showed me the paper they had given him.  It was the same account of skype, written and the hours he could call. In vain. Mohammed, disappeared one day just like Mohib. About a week ago, contact me. “I’m in Spain with my brother,” he told me. Happy end for Mohammed. His Odyssey had a happy ending. But for hundreds of other children in Greece, their Odyssey continues. 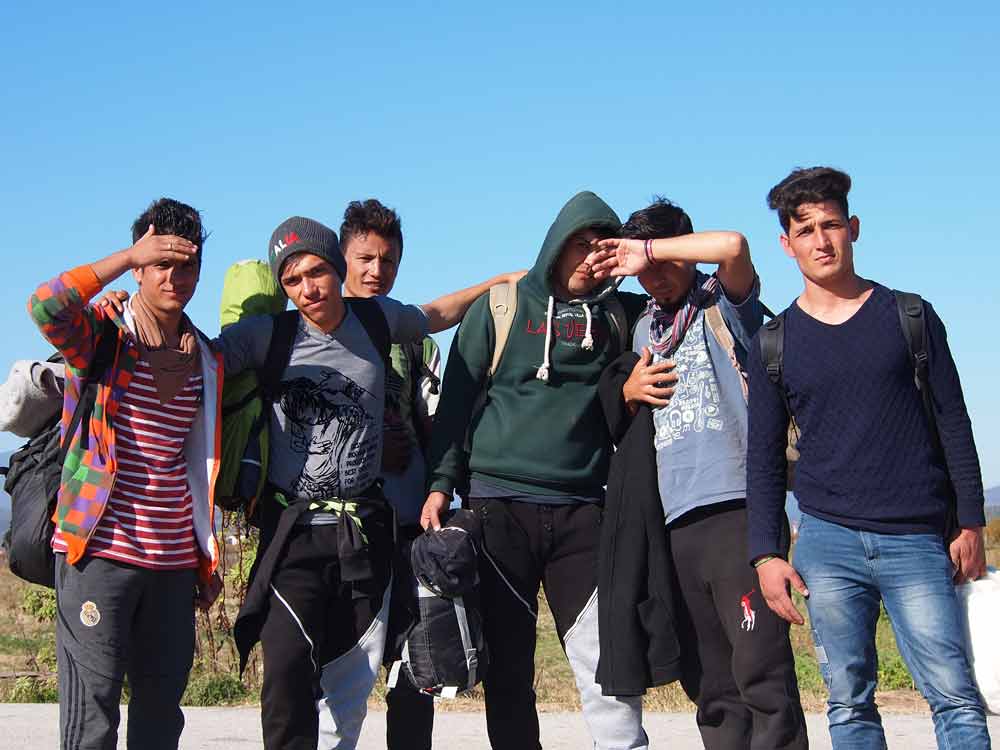 Sophia Papadopoulou, Arsis Street Work Coordinator, has recorded with her group 360 homeless children from January 2017 up to now on the streets of Thessaloniki. “80% of these children are unaccompanied,” she says, “Every month, we find at least 35 new cases of children on the streets of Thessaloniki. Unfortunately, we cannot follow all of them, either because they are on the move and do not want to be registered in Greece because they are already connected to a network of traffickers and are trying to leave or because they do not have a mobile phone or because someone had stolen his phone, so we lose their traces. At present, in Greece, there are 1,200 children housed in structures, while 1300 are waiting for their placement, and for the time being they are either at the first reception centers, in the protective care, or they are homeless. ”

Arsis’s street work team is on the road twelve hours a day to find children at risk. “Our goal is unaccompanied children, but also homeless families. Street work works with homeless children and infamous children. So we work with children who are entangled in different networks, whether they stay somewhere or not, “Sophia says and continues:” Arsis, has been present as NGO in custody since September 2015.  In police custody for protective detention. Especially In the Idomeni period, we had reached a point that the children were staying in detention centers for about 45 days until we were able to find a place in some hospitality structure. With this in mind, we put pressure on ourselves with other agencies, and the Public Prosecutor’s Office created the safe zones for the first time. Structures like hostels of hospitality, but located in refugee camps.

“There, we provide guarding and the same care as other children living in hostels, except that safe zones are in the general population of a camp. Safe zones were created for children at risk. Until now, we considered that children at risk, either on the road or in protective care, or housed by someone who is not their relative, and he has taken advantage of themin a way. Unfortunately, in the last month, we have a clear directive from the ministry, to give priority to inclusion in hostels, guarded children and not homeless, ignoringthat homeless children are exposed to multiple risks. 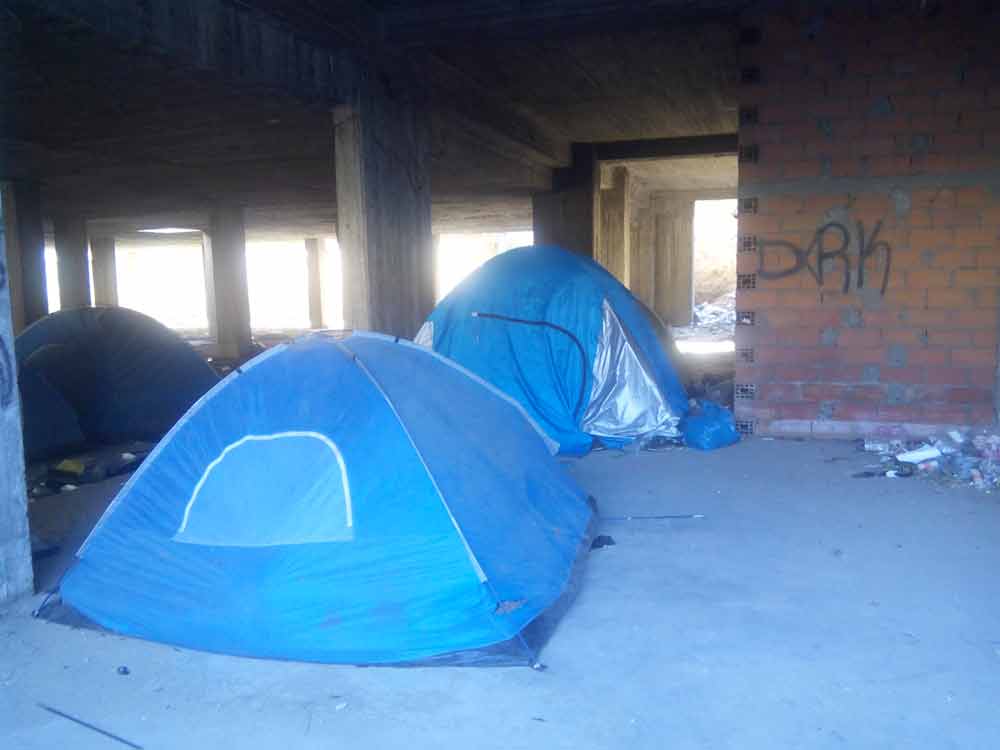 “Since January 2017, when we started street works, we have recorded many cases of children who have been abused in one way or another and who have fallen victim to exploitation networks. The average waiting time for a child to enter a hosting structure is three months. Unless there is a real urgency. Given that there is a long waiting period for a child to enter even in safe zones, we have children who are exhausted by the prolonged conditions of homelessness and ask for us to be in protective care in police detention centers. This is very unpleasant, because children injured by the conditions on the road are reinjuredphysiologicalas they staydetained to a police station. They stay there for a short time, but the process alone, that the child goes to a prison, stays in a small room with low hygiene conditions and cannot be watered even for an hour a day, we do not think it serves in the best interests of the child. Unfortunately, only ten children have been promoted to protective custody in the past month. Children who were homeless for many months and could no longer stand the conditions. They had been stolen two and three times, they were threatened, beaten up and they were sleeping in abandoned buildings with other adults who had made suggestions to become members of human trafficking networks and illegal cigarettes sales.

“Such children have tried to be recruited even in trafficking gangs. Unfortunately, the number of children now participating in such gangs is scary. This has to do with how well these networks are networked. Children, who live in the streets with people of their country, are easy to connect with these gangs. An important role also plays and that penalties for an unaccompanied minor who is arrested for such offenses are much lighter than for an adult. The adult is imprisoned, while the minor does not. The child himself does not understand who has become entangled. He does not understand how dangerous it is for his own life, but also for the lives of other people. From conversations we have made with the children themselves, we find that they do not understand how much their own life is in danger, but also the lives of the others who undertake to move. Some time ago, a car accident took place outside Kavala with one dead. It was a car with refugees. The driver was not a minor but he could be one. As Arsis, we have managed at least fifteen cases of children who have been accused of involvement in trafficking and have been formed against their case files. But homeless children must somehow survive. In the face of survival, simply driving a car is not a big dilemma. Besides, these children have gone through the same situation, and they do not see it as dangerous or illegal action”. 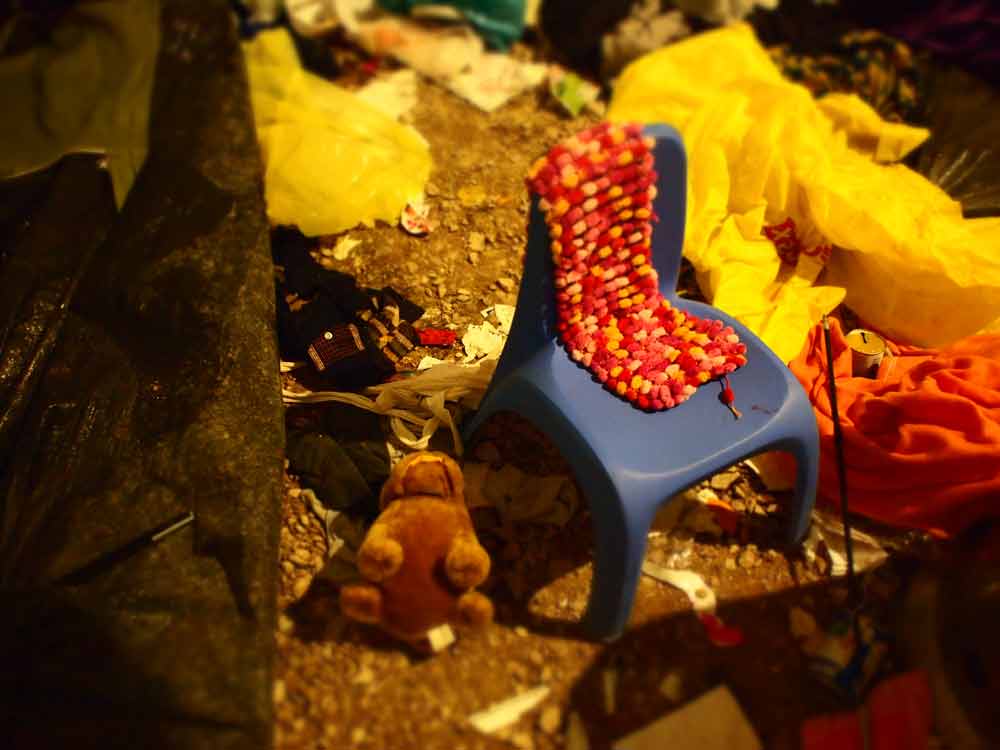 Waiting for the doctor Pavlos Pavlidis, outside of the morgue in Alexandroupolis hospital, for the needs of a reportage, about the dead refugees on Evros River, a refugee father with his son, accompanied by a police officer were waiting also outside of his office. “In addition to the necropsy, we now have DNA tests,” says the doctor entering his office, and continues: “They are subjected to DNA testing to see if they are actually father and son, since phenomena have been observed, minors accompanied by adults who declare parents, but in reality they were not “. Three hundred kilometers away from Alexandroupolis,in Thessaloniki, Sofia Papadopoulou confirms the doctor’s words. “Child abduction is a problem that we are very concerned about,” she says, and continues: “There may be a child whose family has paid the trafficker to bring him to Thessaloniki. The trafficker brings the child, but then holds it in a house in poor conditions and asks for more money from the family. In order to persuade them to send the money, they are abusing the child and record the abuse to video. They poke it, spit it, etc. They send this video to the relatives of the child and ask for a ransom. Since last June, we have recorded enough such incidents. It is well-established because we have children who were saved after police operations carried out in specific places where children were held”.

“We have two cases of children who managed to escape from such places and were interconnected with us. We have a network of sheltered refugees and, when such an incident occurs, they notify us, or they send the child straight to our offices. These two children escaped, brought to us from another refugee who found them on thestreets. Many times, we find some children in the streets who are accompanied by adults and when we try to talk to them, or those who accompany them, forbid it and are aggressive, or take them away.  On the one hand we have to call the police because you cannot leave a child in the hands of someone else, on the other hand such a move, cancels our own effort. Balances are fine. What is frightening for us when it happens is when children we follow and after gaining a relationship of trust with us, they are taking us to show us the places where they are sleeping at night? The kids want to show us what their everyday life is. But when you see places with broken glasses and syringes on the ground and they are telling you that they live there and sleep there in the evening, you really get scared thinking what might happen to them. What really happened to them is being told to us only when the kids enter a hostel and they start feeling safe and warm. Only then, they begin to trust and tell us their story”.

Charles Dickens published the book Oliver Twist in 1838. One hundred and eighty years later, there are children living a similar life with the hero of Charles Dickens. For some of these children, the evolution of their lives will have a happy ending. For enough, however, it will not. The surety is that all of them will be marked by the injuries of children who have not managed to live a normal childhood.