Guardian, on the river of ghosts

The night falls on the Evros Delta. Everything is quiet. Even the dozens of migratory bird species that find shelter there, roar quietly in the reeds and dense vegetation. Only the water flow and the wind whistling between the bushes and the reeds can be heard. Some lights hover over the horizon and break the dense darkness. These are the lights from the fishermen’s huts on the islets created by the Evros Delta. The huts of the permanent guards of the natural border separating Greece from Turkey.

“We guard the place, day and night,” says Sakis Kamilaris. Fisherman and Vice-President of the “Ainisio Delta” club. He crosses the narrow canal with his boat until the great opening of the river. He knows the area better than anyone. Every now and then he slows down. He lifts his boat’s outboard engine almost mechanically, in order to pass a barrier without hitting. He knows where the river becomes shallower, where there are submerged logs and obstacles. He keeps talking but his attention is all around. He notices the changes in the landscape. “Here is a pass. You can’t see it, but smugglers are passing by here «says and he accelerates again with his boat.

Sakis is a fisherman and most of the time, he lives in his hut, inside the Evros Delta with his wife. “I got that hut from my father and from the age of eleven I have been walking alone in the Delta. I’ve reached forty and my life is here. I live here, with the fishing and the activities we do. We earn our living honestly. We don’t steal, we don’t smuggle” he says and continues:” Life in the Delta is not easy, but I like it. From season to season, the environment is changing. In winter the waters freeze. The Delta and the Evros have many dangers. You have to be very careful. There are times when it is very difficult to get through the river. In the winter the flow is increased by the rains and at night you lose your orientation because the trees are hiding the horizon. Some days the fog is so thick that you cannot see anything and you can be lost very easily” 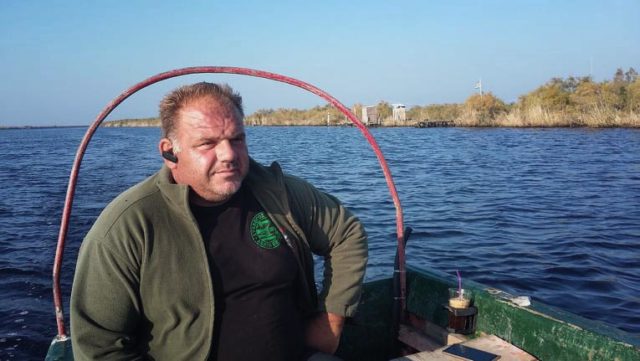 Sakis, along with other fishermen in the Delta, have in recent years been fighting to maintain their huts and continue to guard the borders in this sensitive area. “In our club, there are registered 108 huts out of the 167 that exist in the Delta. The first hut was built in 1959. The fishermen had made it with reeds in order to spend the night there. This is how the huts began to be built. They are all made before 1975. They were created so we, the fishermen, can work with fish. You saw that the road to get out of the Delta is 23 kilometers of dirt road. It is not possible to go in and out in order to get our job done. That’s why the huts were built. Of course, they also play an important role in guarding the border. The daily border guard is done by us. We are alerting the police and the army if something happens in the Delta. We live here every day. The army comes in once a week and they are doing their patrols. But they are going to specific places. We, because we are in the river all day, have the opportunity to go to many different places that the army cannot go to, because they do not know the area as well as we do. We guard the Delta day and night «continues the description of the situation and concludes: “On November 9, 2019, the presidential decree expanding our huts for another year expired. We do not want an extension, but a definitive settlement. We urge the Ministry of Defense to take up the issue of huts. They have been labeled as National Guard Observatories but now must be found a way to classify them differently so that we can finish with the courts and with the fines. Fortunately, we have stopped the demolition issue. This was done by Kammenos. Now we have the issue of fines from the forestry department. Normally after November 9th a fine will be imposed on each owner. One euro per day, for each square meter of his hut. I have a 60 square meter hut and have to pay a fine of 60 euros per day. They are outrageous amounts. We have already paid a lot of money to lawyers and courts. A solution needs to be found. The state can’t come, and hit you on the back telling you, ‘You’re a border guard and guard the border’ and then send me to the court imposing outrageous fines. “

Eventually, the issue of the huts in the Evros Delta will again be temporarily resolved by extending their shelf life for another two years, until a definitive solution is reached. 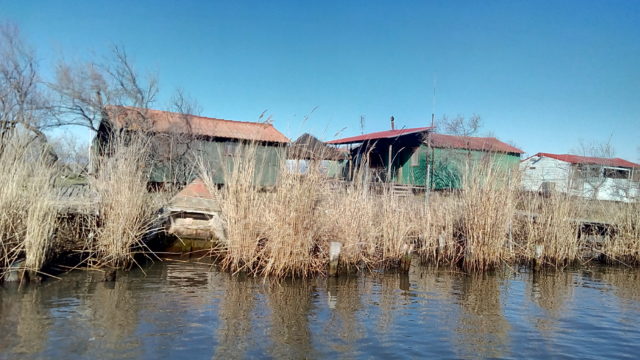 The river of ghosts

The natural border between Greece and Turkey hides many secrets and many tragic stories of refugees in the cloudy waters and its muddy seabed. Sakis, along with the other fishermen in the Evros Delta, have seen and experienced many such tragedies. “We’ve been seeing a lot of things in the river for years. Ever since I remember myself, I have also remembered illegal immigrants passing through the Delta. We also see the Turks who smuggle them. They are pushed and beaten to promote them to the Greek side. For us, this is considered a violation. Occasionally we find drowned, or dead people from frostbite. They die further up and the river is curing them here. If they’re lucky, we find them. If not, they end to the Thracian Sea and they never been found. They are all dead long time ago. We take them, put them in the boat and take them out to the police. The worst situation is when we find children. It is too difficult. But you can’t do otherwise. You lift them up and put them in the boat to get them out and go to the morgue. There are many risks. And they don’t know them. Their traffickers push them through. The river is shallow in some places and immediately deepens. As they are loaded with backpacks and dressed, they go straight down. “ 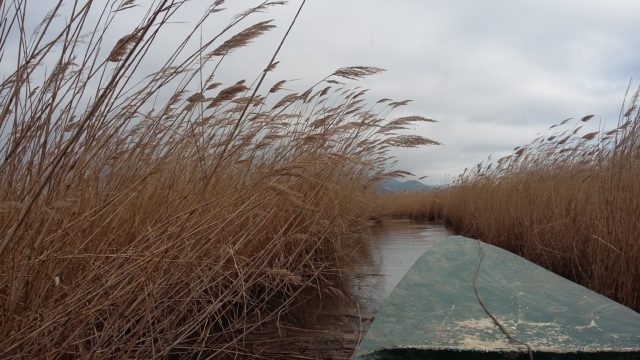 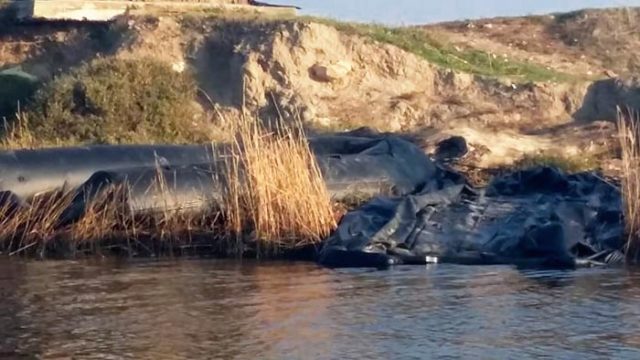 The fishermen in the Delta, besides the dead people who occasionally find in the river, they are finding also refugees in bad shape and have they have saved their lives. “I remember two sisters from Somalia,” says Sakis, and continues: “They came walking with a group. It was winter and they were not wearing any shoes. They were walking in socks in the cold water. They could not stand the cold and the others abandoned them. I found them around 5pm in a very bad condition. In advanced hypothermia. If I wasn’t finding them, they would surely die. One of them could not walk at all. I hugged her, put her in the boat and took her to the hut. I gave them dry clothes, and when I pulled her frozen socks off, her nails came out. This means she had frostbite. I was shocked because whatever they are, they are people. I tried as much as I could to warm them up and called to the hospital. They took them to the Alexandroupolis hospital and then I do not know what happened. They used to pass the Delta in with small boats. 10 to 15% of the Delta they were walking on it, carrying the boats that they threw to pass from channel to channel. Now they come in big boats with engines from the sea and go out to the Greek side of the river or to Samothraki. “

Sakis Kamilaris and the Evros fishermen continue to guard the border, waiting for the final settlement of the problem with their huts. While waiting for that, the refugee drama is still going on. And the dangers faced by those who are trying to cross the river of ghosts are present in every attempt.