From Afghanistan to the «ghost house» and then to Germany!

It was early June, when refugees had already been removed from Idomeni and the only remaining camps were in the EKO gas station, twenty kilometers behind. Several of the refugees who were in Idomeni had moved a few days before the evacuation, in the BP gas station area, located five hundred meters from the border post of Evzones and nearby Hotel “Chara”. They had moved, hoping that they will manage to illegally cross the border, walking through the mountains on route to FYROM initially, Serbia then, Hungary soon and etc., up to Germany and Austria, where most have final destination. 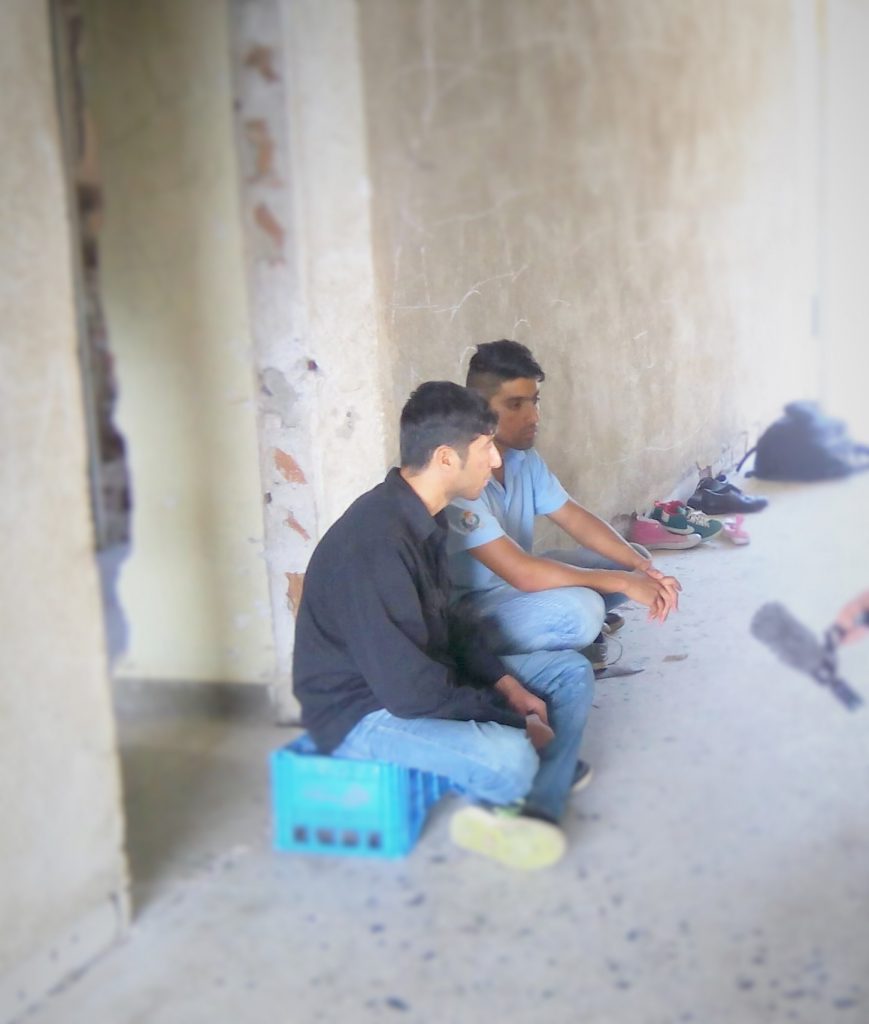 One kilometer before the crossroad to Idomeni, at the right side of the road, high on top of a hill, were (and still is) an abandoned two floors house. «The ghost house» as he called a colleague from Al Jazeera. Getting in, reminiscent undoubtedly ghost house. Clothes, shoes, blankets, sleeping bags and tents lined up inside the rooms. Even children’s toys, books about painting and learning of English dictionaries and Greek, find lying around here and there. In the bathrooms, shampoos and soaps abandoned, while in two rooms that apparently used for cooking, was dusty packets of pasta and rice, cans and moldy foods cooked in pots. 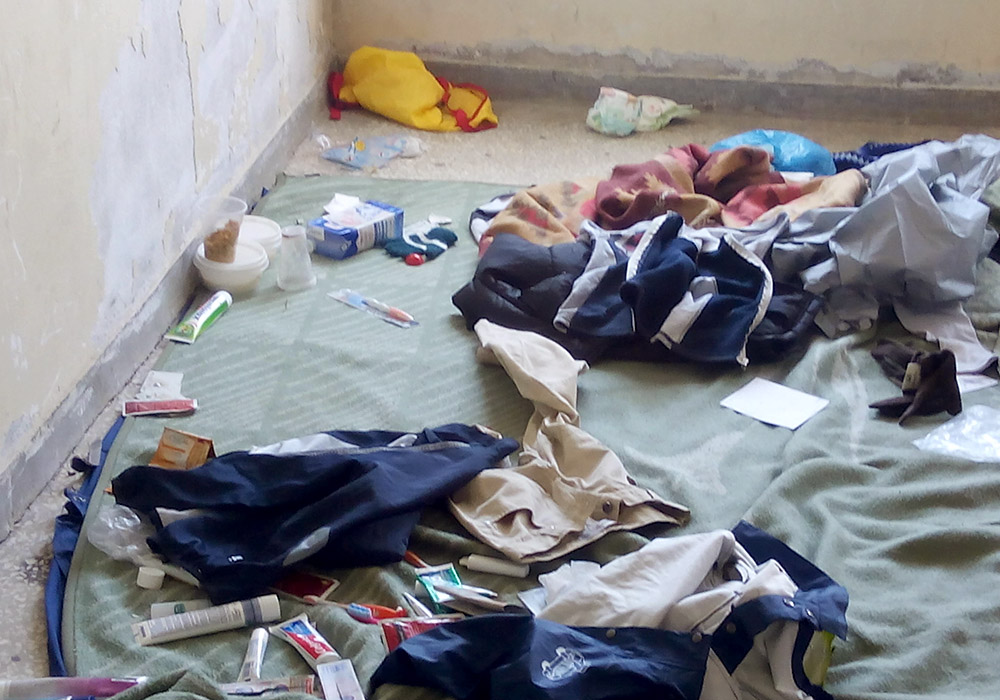 There I met Suliman and Toofan. The Qaumi brothers from Afghanistan. At first, they were skeptical and gathered. They were sleeping in a tent when they heard me and came to see who I am and what I want. It was also the days that were scheduled to evacuate all the settlements around Idomeni. They did not know who I was and what I was searching in that abandoned house. A house, known to all refugees, as an area that could rest and guard until nightfall and start their attempt to illegally cross the border with FYROM. While I was in the “ghost house” and talking with them, stopped at the entrance, a patrol car. I went out and explained that I am a journalist. “Say to those inside, to leave, because tomorrow discharge starts and allowed no one in the region,” they said.

Returning back, the Suliman and Toofan began to rely more and started to tell me their adventure, from Afghanistan to the “Ghost house” a few kilometers away from Idomeni. “From 2009 to 2013 I worked as a police officer in Kunduz city. In one of the most dangerous areas of Afghanistan “began the narration of the Suliman and continued:” My family lived near Kabul. In one of the vacations that I had, I started to return to my family, by bus. On the way, a group of Taliban stopped the bus. They wanted to check on us, to see who we are. They had biometric systems, so I was afraid, that they would discover that I was a policeman. To my good fortune, at the same time by the same road, vehicles of Afghan army were passing. They stopped and began to exchange fire with the Taliban. So I was rescued. But after that, I decided to resign from the police, because it was very dangerous. I was speaking good English and so I worked as a translator with the American army. After a week I started working with them, I was sent to Kandahar. I stayed there with the American army as a translator for seven months. Then I worked one month in the air base of Bagram and then sent for 20 months, at the air base of Jalalabad. At the air base of Jalalabad my brother Toofan was working with me also. We had no problem when one day my mother phoned. The Taliban had come to our home and kidnapped my father. They said to my mother, that they know that her sons were working for the Americans and that if they do not appear within 24 hours, they will burn alive in front of her eyes, my father and my sister. Then I said to my mother, to meet early in the morning the other day in Kabul. I left myself with my brother from Jalalabad and met my mother and my sister there. We decided that we could not live any more in Afghanistan. We had already lost my father. We did not want to lose another. So we left together. My mother and my sister stayed in Iran. Me and Toofan, we have left for Germany. Still we do not know what happened with my father. If he is alive or not.”

This was the story of Suliman and Toofan from Afghanistan to the “ghost house” a few kilometers away from Idomeni. When I asked them if they would attempt to illegally cross the border, they told me no. “We walked from Thessaloniki to here on foot. We are tired. Probably we will go back “I was told. I wished them good luck and left. A few months later, they contacted me through Facebook. They sent me pictures from Germany. The Suliman and Toofan I saw in the pictures from Germany had nothing to do with what I was facing in the “ghost house” a few kilometers away from Idomeni. They were much more happy and calm. They felt safest. A feeling that unfortunately will not be able to feel for many years in their homeland, Afghanistan.